There are three words to describe R&B super group Xscape, “Still Kickin’ It!”

Crowds gather outside the Royal Farms Arena, on this windy day here in Baltimore, MD, on December 22, 2017. The night is young and everyone is excited about seeing the super group reunite on stage.

The lights are dimmed and Xscape enters. It’s showtime! Xscape comes out in full form, reminiscent of their 90’s days. Everything, from the baggy jumpsuits to the modern dance moves, makes it evident that they are not only the headliners of their show, but the commanders on stage. 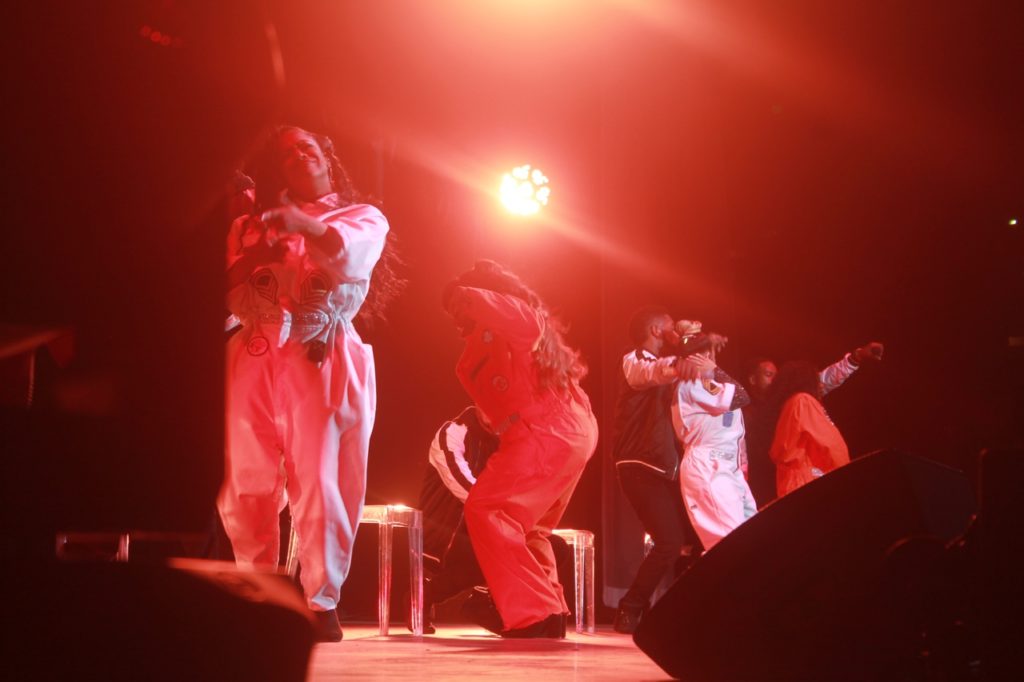 Tiny, Tamika, Tocha, and Kandi sound better than ever. Not only are they singing, but they are engaging with the audience and empowering everyone. It feels as if we are all on stage with them because they are accepting of everyone. Midway through the show, Xscape slips into sexy attire and dazzles us with some of their biggest hits, which include “Tonight,” “Do You Want To” and “My Little Secret.” 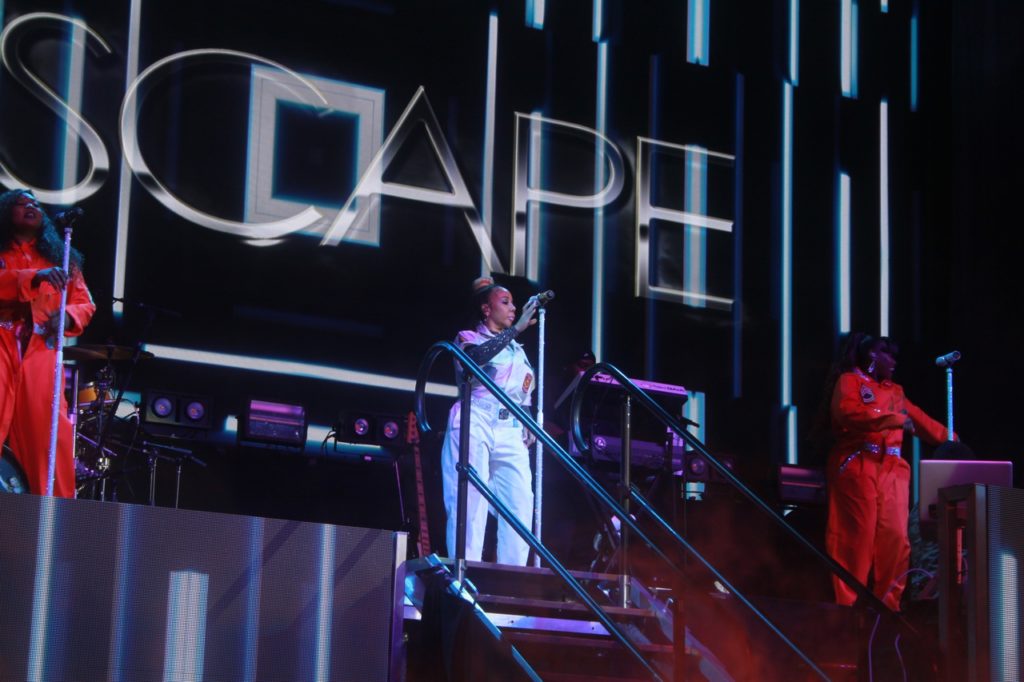 The crowd goes crazy over Tiny when she puts that soprano into full effect during their performance of “Tonight.” That is the highlight of the night. 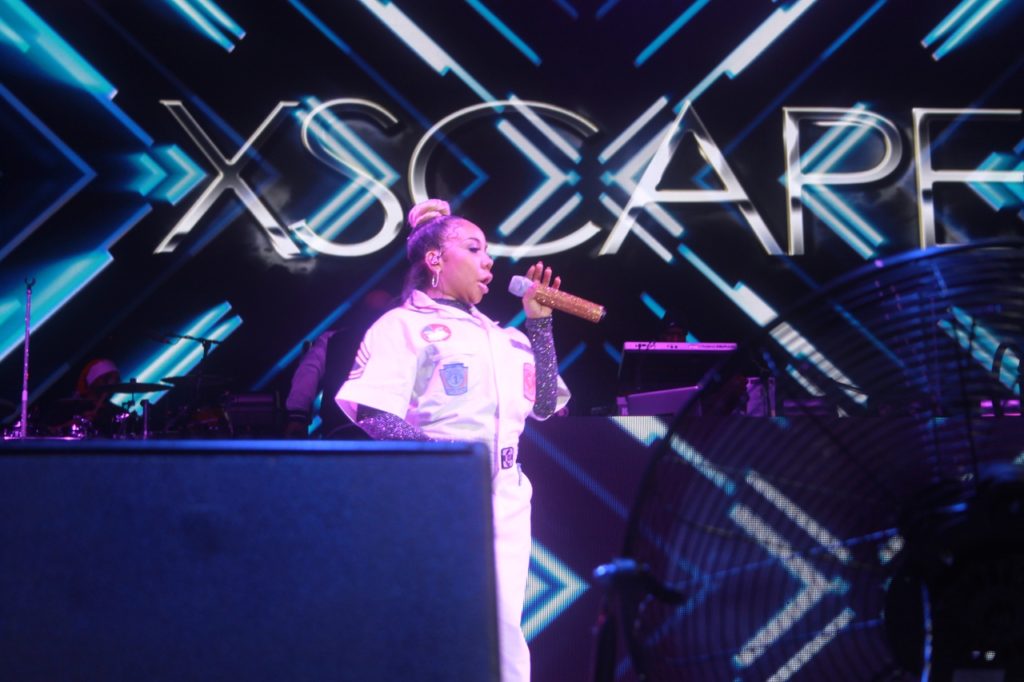 Kandi and Tamika are closer than ever on stage and their relationship is the perfect example of forgiveness and love. 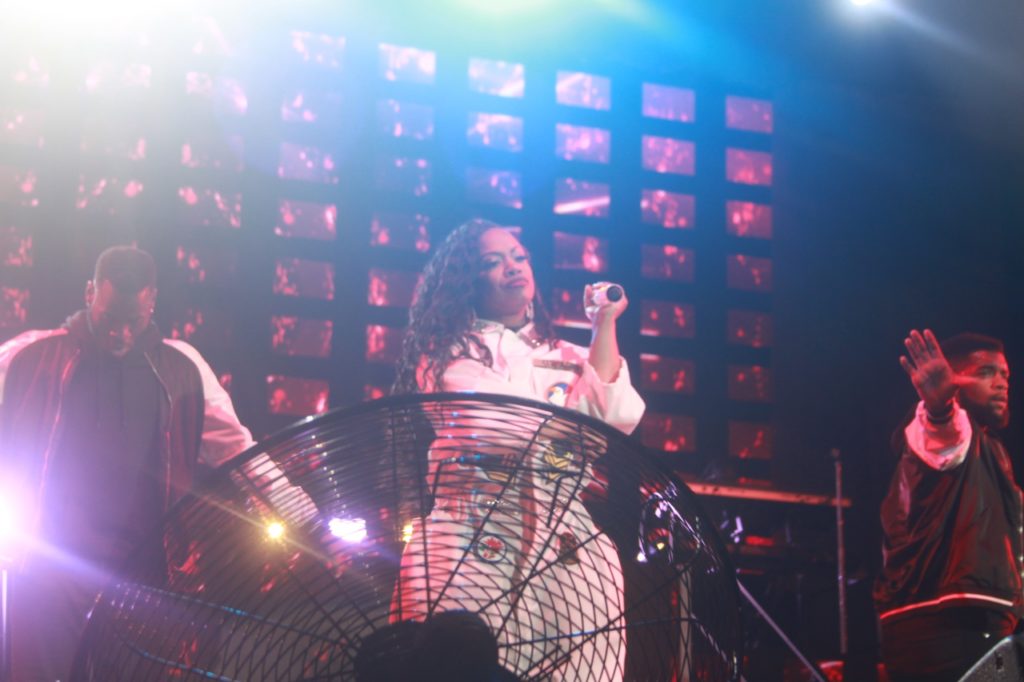 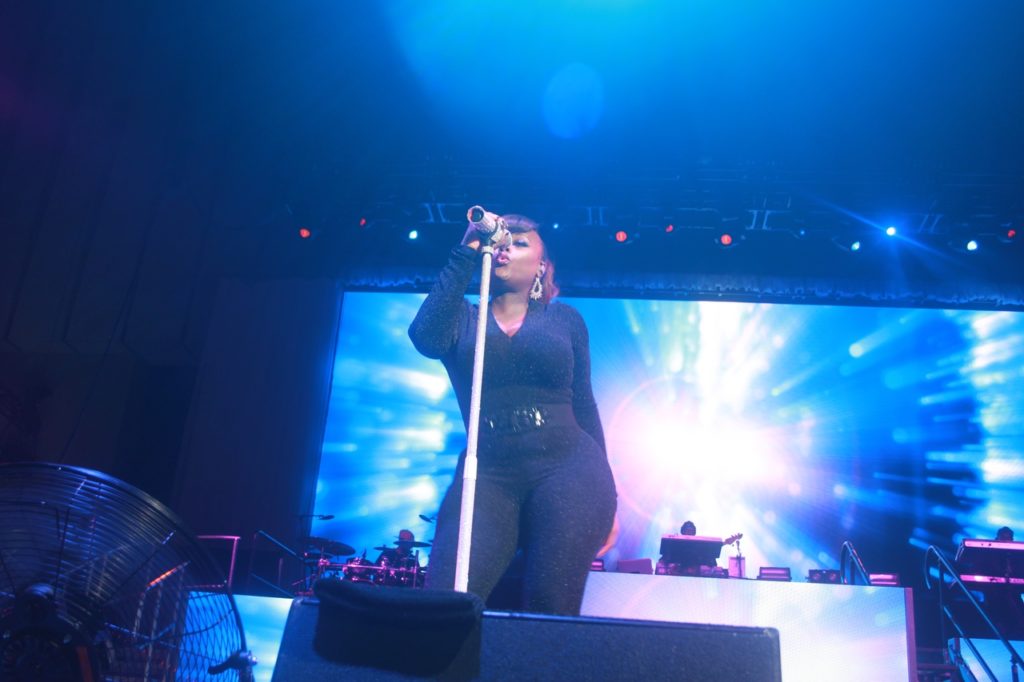 I’m excited for a new Xscape album, but I’m bummed that Kandi Burress has decided not to remain with the group. Kandi’s signature sound completes Xscape, so I wonder how her departure will impact the group. All of us Xscape fans should come together and protest for Kandi to stick with the group. (Haha.) With the chemistry displayed on stage, I believe that Kandi will rethink her decision. Xscape proves that no matter how old you are or how long you’ve been apart you can find a way to come together and make something gigantic happen.

Xscape has done just that! Something GIGANTIC! I give their performance four out of five stars. Well done, ladies.