Trending
You are at:Home»Fashion»Moods of Fashion

Ying & Yang: The balance and moods created by fashion

There is an unrelinquished relationship between what is happening in society & how it is shown in our dress.

As the great recession set in and declined people are still finding their balance in the unstable economy.  The more conservative and minimal fashions of the past year have shown that we are not quite where we’re headed but we know that things need to change.

The incursion of black &white schemes and even grey being declared the colors of last fall, seeping into this winter, can point to the way society is being forced to choose sides and where the grey matter may fall.  Black and white can be seen as positive and negative, reality versus our dreams, our aims versus our present state and all the work in between.  The current moods between men and women are speaking to this.

Men’s dress has grown more androgynous slim and tailored looks can be seen in every item.  Pants are slim joggers offer the comfort and aesthetic structure all their own, comparable to women’s leggings. While tops featuring angular details such as zippers, buttons and darting echo that of more feminine dress. 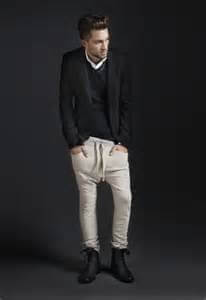 While women’s wear has become more feminine, and still more streamlined, simplistic and influenced by menswear.  Calling to attention classic styles of the 20’s, 30’s and 40’s slip dresses, maxi and midi lengths, even matching sets say “respect my sex appeal, don’t abuse it,” like never before. 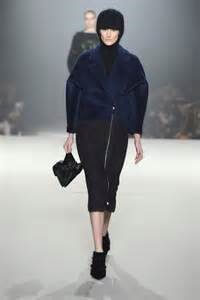 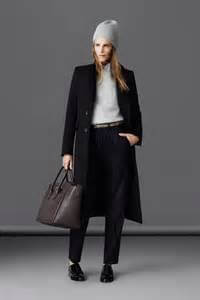 Restructuring how we look at one another.  We have come far enough in time that we can acknowledge, and accept the differences of the sexes beyond sexual orientation and blanketing generalizations, falling back upon, dare I say it, the individual element, or for fashion’s sake, the style element.

Individualized messages continue to shape what is socially relevant through graphics and phrases worn on t-shirts.  Internet marketing and niche advertising through social media ensures a closer connection to the group or mission that created the t-shirt or item, making it that much more personal, in this way the support is more cross genre and less sex driven.

After booty shorts graced the psyches of both sexes last summer this year’s pairing of pants with dresses or tunic like tops on both the ladies and men’s sides of fashion houses are saying that we are reconstructing the moods of the sexes in relation to one another.  On the men’s side cigar style shirts and tapered bottoms, and use of prints and color blocking are creating a classy and still more flamboyant flare than past seasons. 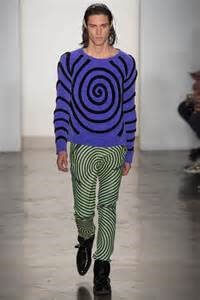 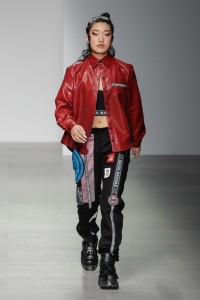 Men want more than a plain old dress shirt and women want to be considered further than the amount of skin they show.

And still on the streets it seems moods between men and women haven’t changed much. Naked women still get scoffed at and gawked at, and men who are well dressed, in trouser socks and ascots inadvertently demand a certain level of seriousness.  While hypersexualization and machismo can still be found on almost any given billboard or street corner, it takes some time for the currents of the people to be realized doesn’t it?

Street wear and athletic trends have blended some sexual differences in apparel as well.  Many popular silhouettes are the same for men and women.

Could it be the way we view gender roles?  Our acceptance of patriarchal values, and the illusion of grandeur justifying men in greater spaces of power, what is evolving is how we value men and women beyond sexual orientation and characteristically “male” or “female” attributes.

We have the option to sell and buy into sex but how we choose to sell ourselves is wrapped up in a scheme of cultural back drop, affiliation and individual sexuality.